Cellulose is a natural polymer compound whose chemical structure is a polysaccharide macromolecule taking anhydrous β-glucose as the main component. A series of cellulose derivatives can be obtained by chemical modification, and Cellulose Ether is one of them. Cellulose Ether is obtained by reacting cellulose with NaOH, etherification reaction with various functional monomers such as methyl chloride, ethylene oxide, propylene oxide, etc. removing the by-product salt and cellulose sodium by water-washing, and other further processes. Cellulose Ether is an important derivative of cellulose, which can be widely used in medical and health, household chemicals, paper, food, medicine, construction, materials, and other industries. 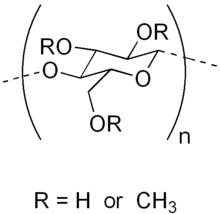 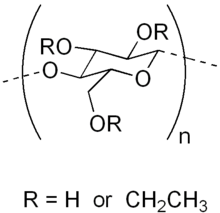 Hydroxypropyl methyl cellulose is a multifunctional pharmaceutical excipient that can act as a thickener, dispersant, emulsifier and film former. As a film coating or a binder in an oral solid preparation, Hydroxypropyl methyl cellulose can greatly improve the stability and dissolution of the medication, and enhance the water repellency of the tablet, and it is one of the raw materials for producing vegetarian capsule. It can also be used as a suspending agent for suspensions, matrix material for ophthalmic preparations, and skeleton material for hydrophilic gel skeleton sustained-release tablets and intragastric floating tablets.

L-HPC is mainly used as a tablet disintegrating agent and a binder. As the disintegrating agent and a binder L-HPC is widely applied, especially for tablets that are not easily formed, plastic and brittle, and with L-HPC, tablets can be easily pressed and formed. L-HPC could also be used to improve the hardness and the brightness of the tablet. make the tablet disintegrate quickly to improve the intrinsic quality and efficacy of the tablet. 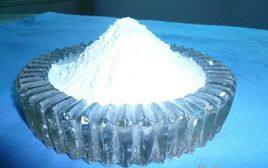 A Life in Caring: Native American Nurse Joanne Campbell Passes Away at 91

Which pharmaceutical drugs have the most drug patents in France? – DrugPatentWatch