CDC: E. coli outbreak may be linked to Wendy’s lettuce 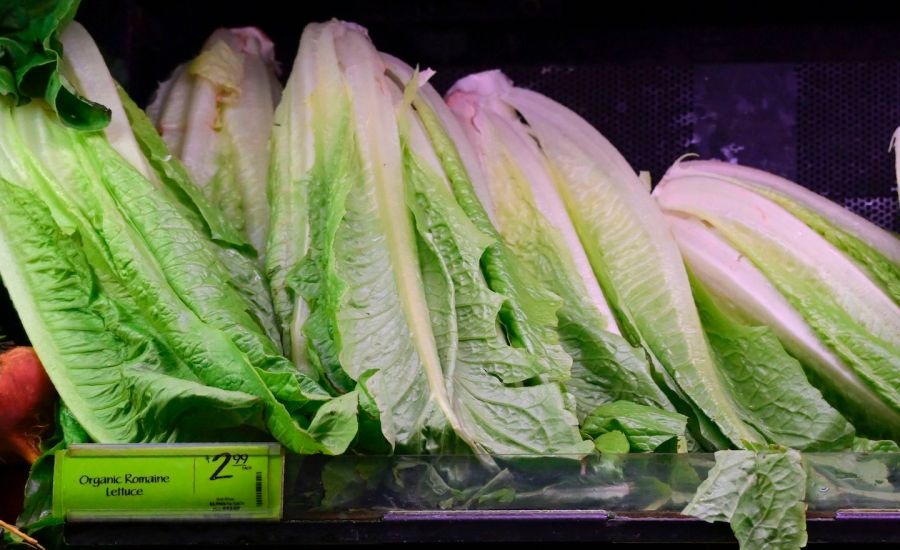 An outbreak of the bacteria E. coli may be connected to romaine lettuce used at certain locations of the fast-food chain Wendy’s, according to the Centers for Disease Control and Prevention (CDC).

The agency said in a post on its website that it has not confirmed a specific food as the source of the outbreak, but “many” sick people have reported eating sandwiches with the lettuce at Wendy’s locations in Michigan, Ohio and Pennsylvania.

The CDC has been investigating the outbreak after almost 30 people were infected with the bacteria as of Thursday. Nine people were hospitalized as a result of their illness, and there have been no deaths.

The CDC said Wendy’s is taking a precautionary measure of removing the romaine lettuce that it uses for sandwiches in that region of the country. The restaurant uses a different type of romaine lettuce for its salads.

Investigators are looking into if the lettuce is the source of the outbreak and if it was sold or served at other businesses.

Wendy’s said in a statement to The Hill that it is fully cooperating with the CDC.

“As a company, we are committed to upholding our high standards of food safety and quality,” Wendy’s said.

Symptoms of an E. coli infection can include fevers that reach 102 degrees Fahrenheit, diarrhea for at least three days that is not improving, vomiting to the point of not being able to keep liquids down and signs of dehydration. The CDC says people with severe symptoms should contact their health care provider immediately.

An Ohio woman who said she began experiencing symptoms of an E. coli infection earlier this month filed a lawsuit against Wendy’s on Friday for a series of five counts, including product liability and negligence.

The lawsuit states the woman consumed a single hamburger at a Wendy’s on Aug. 1 and began having symptoms three days later. She sought medical attention at a hospital and tested positive for E. coli on Aug. 7, according to the lawsuit.

Defense & National Security — Another $775M in weapons for Ukraine

She stayed at the hospital for one week, and she is still recovering.

The lawsuit alleges that Wendy’s manufactured the “defective” food she consumed and had a responsibility to eliminate the risk that its food was contaminated with E. coli or any other pathogens.

Part II: The State of the Abortion Debate 50 Years After ‘Roe’

Commercialization of COVID-19 Vaccines, Treatments, and Tests: Implications for…

Simplify care in 2023 with a digital front door