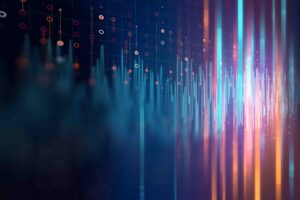 Danny Aronson, co-founder and CEO of hearing health company Tuned, began to take action on his hearing about 10 years ago. He served in the Israeli army and like many veterans, has moderate hearing loss.

And even though it is not severe, the effect of the loss can be huge, he said.

“It means that for me, when we’re having a conversation, my mind needs to do a little bit of extra work to differentiate between ‘bad’ and ‘dad,’” he said. “If there’s a little background noise, I need to concentrate more. Now, imagine me doing that for eight hours a day, every day. The result of that is cognitive fatigue, it’s exhaustion.”

This led Aronson to help create New York City-based Tuned, which was founded in 2020 and recently launched its audiology platform for employers or third-party administrators to add to their benefit packages. Employees of companies that contract with Tuned can take an online hearing health screening, have a virtual consultation with a credentialed audiologist and receive personalized care.

Aronson’s experience is a common one. Nearly 25% of working-age adults have hearing issues, the Medical Journal of Australia found. Yet 50% of people with untreated hearing loss have never had their hearing professionally checked before the age of 60, and 60% of people with hearing loss are below retirement age, according to The Hearing Journal. And oftentimes, hearing care is not a benefit that employers offer, Aronson said.

“The insight or the impetus of creating Tuned is the understanding that the vast majority of people with hearing issues are not people who are a good fit for hearing aids … but are people who are working age,” he said. “They might have some sort of mild, moderate hearing loss. They might have tinnitus, which is ringing in the ears.”

The screening that Tuned offers comprises a questionnaire and two clinically-validated hearing tests. The questionnaire asks what issues respondents are experiencing and what they want to improve on. In the first test, people listen to a person say three numbers with background noise and they have to type the numbers they hear. This test includes multiple steps where the background noise gets progressively louder. The second test gives a set of five different tones and people have to mark the lowest volume they can hear it at for both their left and right ear.

Then people will have a virtual consultation with one of Tuned’s 140 audiologists, in which the clinicians go over options to improve their hearing. This may include directing them to certain products or referring them to a clinic, Aronson said.

There are many hearing care companies but they mostly target consumers, unlike Tuned, which sells to employers and third-party administrators., Aronson pointed out.

These include hearing aid companies like Eargo and Lively, or tech company SonicCloud.

“I think what really sets us apart is that we are not connected to any kind of product sales,” Aronson declared. “I would say that is the real kind of competitive differentiator and what makes us very unique.”

Tuned has different forms of pricing that it charges employers, which include pay-as-you-go or per-member-per-month. It then pays the audiologists a flat fee per consult. The clinicians can add Tuned to their existing practice or they can use it as the infrastructure for a completely virtual clinic.

The company’s initial customers were Retail Bound and Mishe, but the product is now available to other employers. Aronson said the platform has received a lot of interest and Tuned is on track to close 10 to 15 contracts with companies and third-party administrators.

He added that his ultimate goal is to make hearing care mainstream, where it’s offered as a benefit alongside other common forms of healthcare like dental and vision.

“If you have 1,000 employees, 200 of them have hearing issues,” he said. “It’s mission critical to be able to screen that and we can do that very effectively. It’s not expensive, the solutions are there.”

Integrating CAD/CAM dentistry into your practice with advanced materials