A unique experiment aboard the International Space Station proved that a diagnostic kit developed in Israel can precisely identify viruses and bacteria infecting crew members during space missions.

Astronaut Eytan Stibbe conducted the experiment as part of the Ramon Foundation and Israel Space Agency’s Rakia mission to the International Space Station in April.

The study was led by Dudu Burstein from the Shmunis School of Biomedicine and Cancer Research at Tel Aviv University, and Gur Pines from the Volcani Center Agricultural Research Organization.

The CRISPR-Cas (clustered regularly interspaced short palindromic repeats) system protects bacteria from viruses. Bacteria use CRISPR-Cas as a sort of molecular “search engine” to locate viral sequences and disable them.

According to Burstein, the results of the experiment proved the possibility of performing precise CRISPR-based diagnosis even in an environment with virtually no gravity.

This method requires minimal equipment and is easy to operate, allowing rapid diagnosis of diseases and pathogens even on longer explorations of the Moon and Mars. 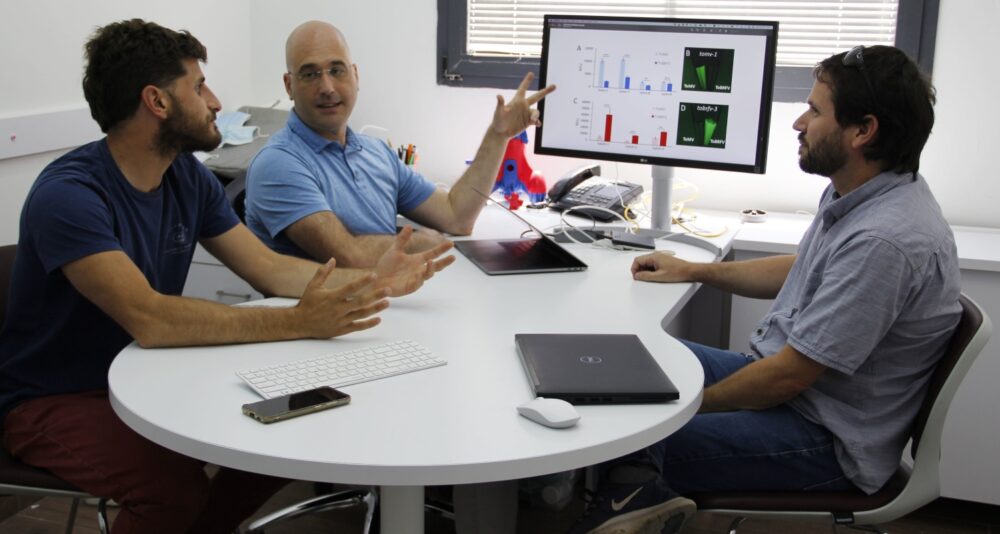 Burstein explained that conditions in space are “extremely problematic, and treatment methods are limited. So it is essential to identify pathogens in a rapid, reliable and straightforward method. Tests like PCR, which we are now all familiar with, require trained personnel and relatively complex equipment.”

The kit prepared by doctoral student Dan Alon and researcher Karin Mittelman for Stibbe to test in space, he said, allows “the whole process to be conducted in one tiny test tube, so it can suit the astronauts’ needs.”

Such kits, he concluded, “may help future astronauts on their extraterrestrial missions.”