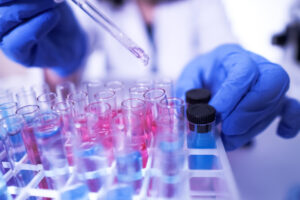 That was the message shared by Claudia Lucchinetti, director of Mayo Clinic Center for Clinical and Translational research, Tuesday at the Mayo Clinic Platform Conference.

“Covid brought us directly into the hybrid state and even the fully decentralized state for some trials,” Lucchinetti said.

In a centralized model, “many will drop out,” Lucchinetti said. “It’s quite a burden for many patients to travel to a site.”

The timeline for starting the trial also may be shorter for decentralized and hybrid models than centralized. For traditional trials, the process may take three to nine months, whereas it may take two to four weeks for hybrid and decentralized models.

Other than transportation and time taken to travel to a trial site, patients face many barriers when it comes to clinical trials. Many are simply unaware of the trials, are afraid of what they don’t know about the trial, are afraid of the side effects and are concerned about the costs. These concerns are part of what is driving the change to decentralized and hybrid models.

“Many of these burdens could potentially be to some extent mitigated in a decentralized or hybrid environment,” Lucchinetti said.

There is growing evidence that patients are also in favor of decentralized trials, she said citing a survey of cancer patients. In the survey, 58% said traveling is a barrier for trials, and 63% said a remote trial option would make them more likely to participate. Additionally, 62% said they would be more likely to participate if they can complete surveys or patient diaries for the trial at home.

Despite the popularity, it’s not as if DCT trials will replace traditional models, especially for complex services. However, patients need to be given some flexibility.

“We need to be mindful of offering patients a choice in what they want,” Lucchinetti said. “Some may prefer to be in the traditional bricks and mortar site versus a decentralized site.”

DEI and Nursing — The Far-Reaching Benefits