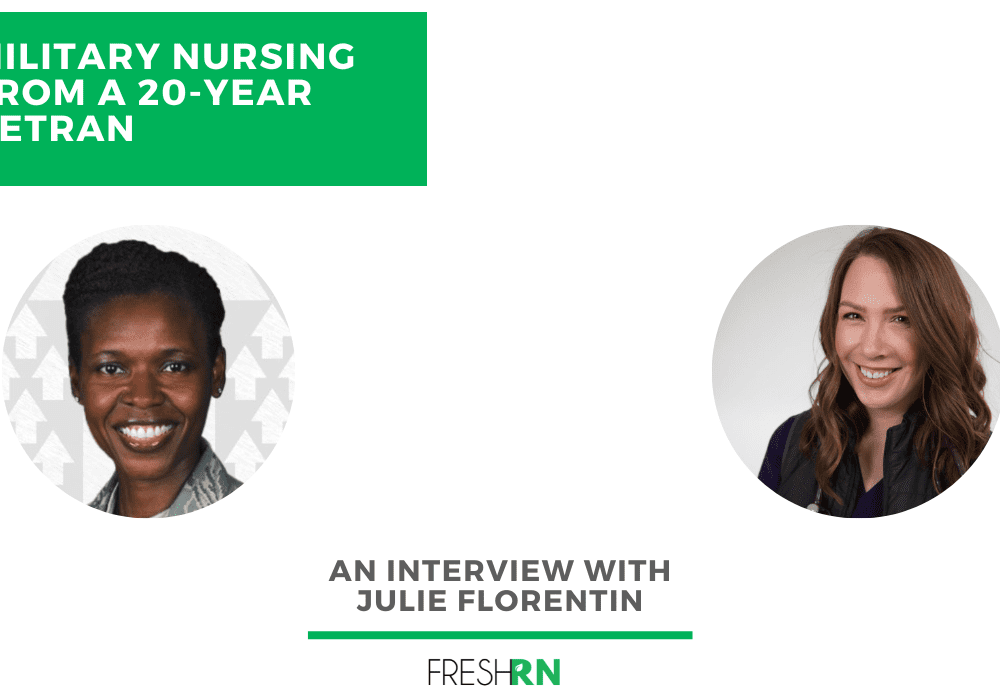 This podcast is available on iTunes, iHeartRadio, Spotify, and Google Play

Are you ready to feel confident as a nurse?

FreshRN VIP is packed full of tools and peers to help you ditch that imposter syndrome.

Julie Florentin, DNP Student – Nursing Psychiatric Mental Health Nurse Practitioner student at UC College. Julie was in the USAF for 20 years and served as a military nurse. She served on three deployments. During her most recent deployment (Jan-July 2020) she managed the US Combat Command’s largest clinic. The clinic consisted of 51 personnel, including providers, technicians, and nurses. Julie led a team that developed CENTCOM’s first and largest quarantine and isolation services for over 2,000 service members. She assured the best care for all COVID-19-positive patients placed in isolation, and implemented measures effectively decreasing the spread of COVID-19 in a deployed area of operation.