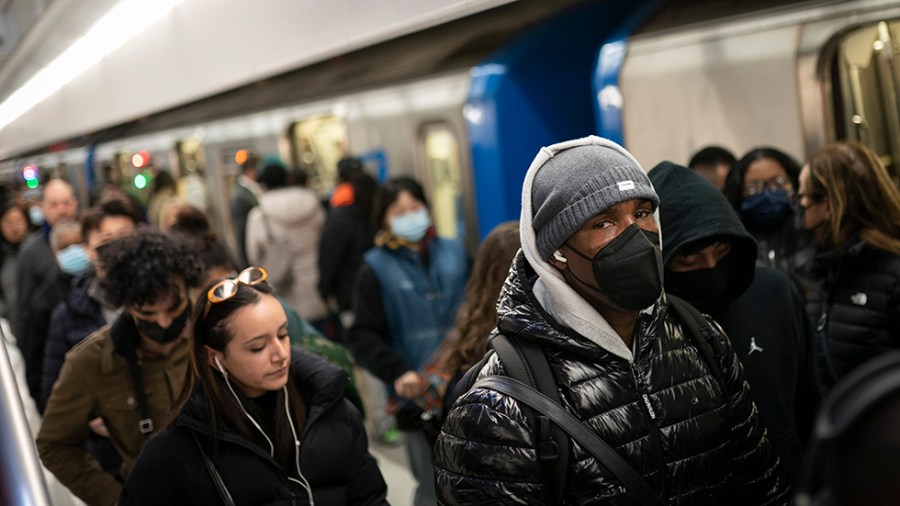 A new omicron subvariant known as BA.5 now comprises a majority of U.S. COVID-19 cases, according to data released Tuesday from the Centers for Disease Control and Prevention (CDC).

The data is a sign of the rise of the highly transmissible subvariant, which has prompted concern about a new increase in cases.

BA.5, along with a related subvariant known as BA.4, has mutations that have shown an increased ability to evade the protection from vaccines and previous infection.

Vaccines still offer important protection, especially against severe disease and hospitalization, and experts say the rise of the new subvariants make it even more important that people get their booster shots if they have not already.

BA.5 now makes up 53.6 percent of U.S. cases, according to the CDC, and BA.4 makes up another 16.5 percent, putting the two together at around 70 percent of infections.

“Omicron subvariants BA.4 & BA.5 are even more mutated than the original Omicron, which means that our immune systems are having a harder time recognizing these new subvariants, regardless of whether we’ve previously been vaccinated or infected,” tweeted Celine Gounder, an infectious disease expert at New York University. “We are also seeing early hints that Omicron subvariants BA.4 & BA.5 may be more virulent (causing more severe disease) than the original Omicron.”

The Food and Drug Administration last week advised vaccine makers to target the BA.4 and BA.5 subvariants in their updated vaccines that they are preparing for this fall.

Gounder, though, stressed that people should not wait for the updated vaccines to be available to get a booster shot.

Sharpton presses for visit with Brittney Griner in Russia

“The updated vaccines won’t be available until October at the earliest,” she wrote. “That’s 4+ months away. That’s a big window of risk.”

Only about half of adults who received the initial two shots have received their booster, according to the CDC, leaving them more vulnerable to the new subvariants. And people 50 and older are encouraged to get a second booster shot as well.

While COVID-19 hospitalizations are still relatively low compared to other points in the pandemic, they are starting to climb, and have reached more than 30,000, according to a New York Times tracker.

Nurse Manager Resume – What to Include in 2022

Making the Most of Dental Savings

With access to my records, I took my business elsewhere – The Health Care Blog