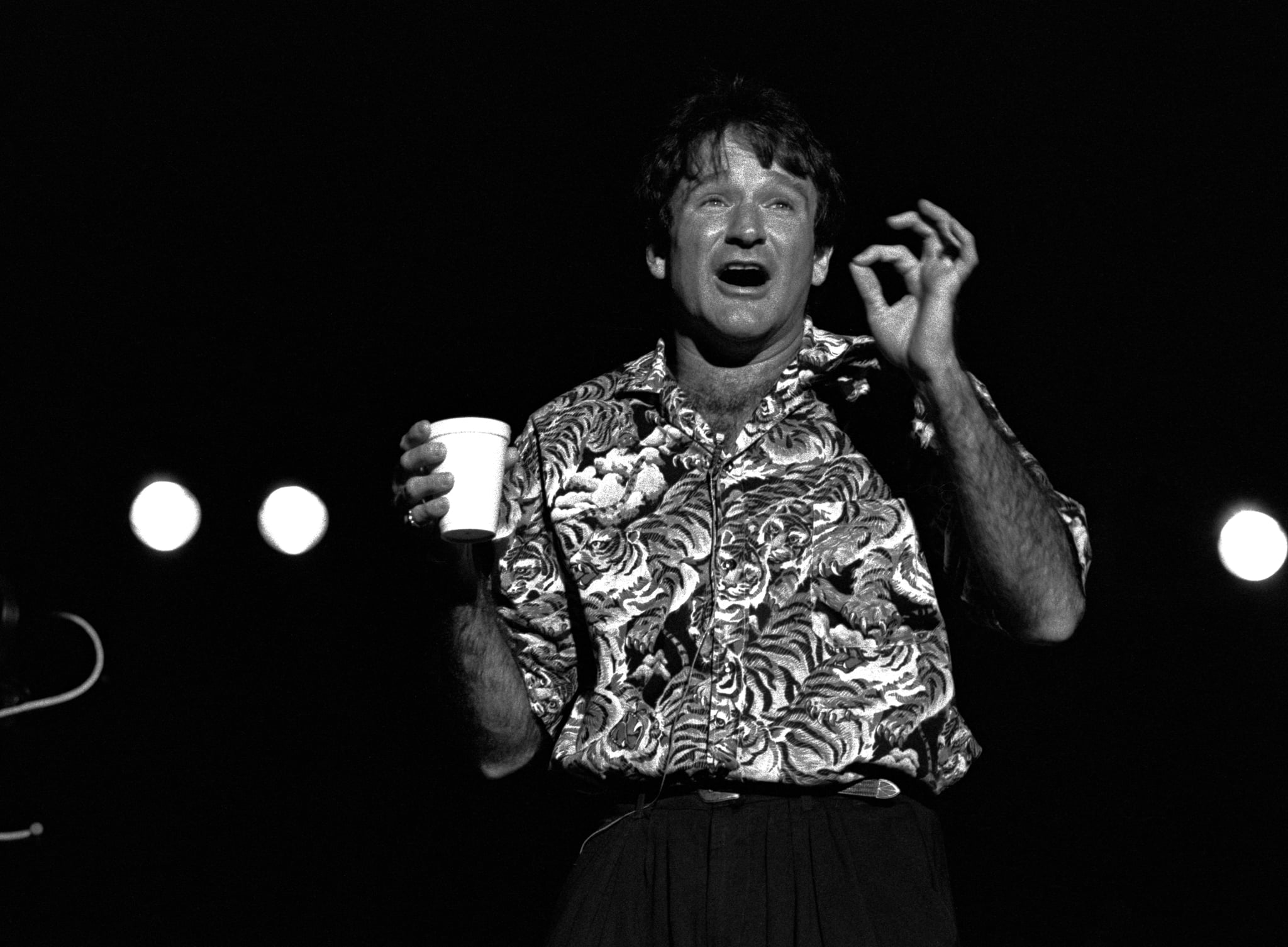 Today marks the eighth anniversary of Robin Williams’s death. The legendary comedian and actor committed suicide in 2014 at age 63. Williams suffered from depression and was misdiagnosed with Parkinson’s disease, which played a role in the “frustration” and discomfort Williams experienced in life, according to his son Zak Williams who spoke last year on The Genius Life podcast about the misdiagnosis. It was later discovered after the comedian’s death that he actually had Lewy body dementia.

The brain disease impacted Williams’ thinking, memory, and movement control which got in the way of both his career and family life, his son said on the podcast. “There was a focus issue that frustrated him, there were issues associated with how he felt and also from a neurological perspective he didn’t feel great,” he says.

Dad, on the eighth anniversary of your passing, I’m remembering how incredibly kind and joyful you were. I deeply miss you you wonderful, hairy man and will be celebrating your life today. Love you so so much! pic.twitter.com/UBa51xeN2g

“What he was going through didn’t match one to one [with what] many Parkinson’s patients experience,” Zak said. “So, I think that was hard for him.”

So why was Williams misdiagnosed? According to experts, there are many similarities between Parkinson’s disease and Lewy body dementia. Keep reading to learn more about Lewy body dementia, including causes, symptoms, and treatment.

What Is Lewy Body Dementia?

Lewy body dementia, also known Dementia with Lewy bodies (DLB) is a brain disease caused by an abnormal buildup of proteins into masses called “Lewy bodies,” according to Mayo Clinic. The progressive dementia leads to a decline in thinking, reasoning, independent function, and might include changes in attention, visual hallucinations, sleep disorder, and slow movement.

Lewy body dementia “causes some or all of the motor symptoms of Parkinson,” according to Johns Hopkins Medicine, which could’ve contributed to Williams’s misdiagnosis. Symptoms like tremors, fluctuating cognition, and difficulty with movement all overlap. Alzheimer’s Association (AA) says the diseases might be linked to the same underlying brain abnormalities.

How Is Lewy Body Dementia Diagnosed?

According to the National Institute for Aging (NIA), there is ongoing research to diagnose Lewy body dementia earlier in life, but currently the only way to definitively confirm it is through a brain autopsy conducted after death. What doctors may do is use your current signs and symptoms to rule out other conditions. Still, in the early stages, dementia with lewy bodies is hard to distinguish from Parkinson’s disease or Alzheimer’s disease, according to the Alzheimer’s Association.

Most people diagnosed with the Lewy body dementia are over 60, and it’s more common in men, per the Mayo Clinic, which put Williams in the higher risk category as he was 63 when he died. Family history of the disease also increases the likelihood of developing Lewy body dementia, though it’s not considered a genetic disease.

Can Lewy Body Dementia Be Treated or Cured?

Unfortunately, there is no cure for Lewy body dementia, so treatment focuses on managing symptoms, says the NIA. Behavioral and mood changes worsen as thinking abilities decline, making depression, apathy, agitation, paranoia, and delusions common. Certain Alzheimer’s disease medications and Parkinson’s disease medications may be used to address symptoms. Non-drug approaches may also be helpful. Certain lifestyle changes, like modifying your environment and creating daily routines, may also aid in symptom relief, per the Mayo Clinic. It is recommended to work with both a neurologist who specializes in dementia, in addition to a counselor to offer emotional support.